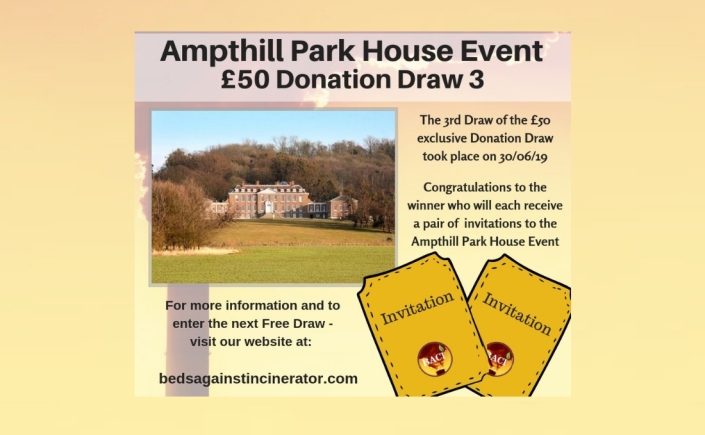 Congratulations to our third winner of the £50 Donation free draw for a pair of Invitations to the Ampthill Park House Event on 3rd August 2019.

The Lucky winners were: James and Dawn with Number 3

Entrants to the draws were randomly allocated a number from 1 to 20 and advised by email prior to the draw.  These numbers were placed in unmarked envelopes and sealed.

As with the first two draws – Nicola and Colin went out on location – this time to an area that would highlight the size and impact of the Covanta Incinerator – Lidlington Hill -the highest point on the edge of the Marston Vale bowl ridge standing at 130m.

No Artist’s impressions of the Incinerator was available from this view point – however – during the planning process Covanta was obliged to fly two balloons from the pit to indicate the height of the chimney and the main building – and we took a photo from Lidlington Hill on that day. 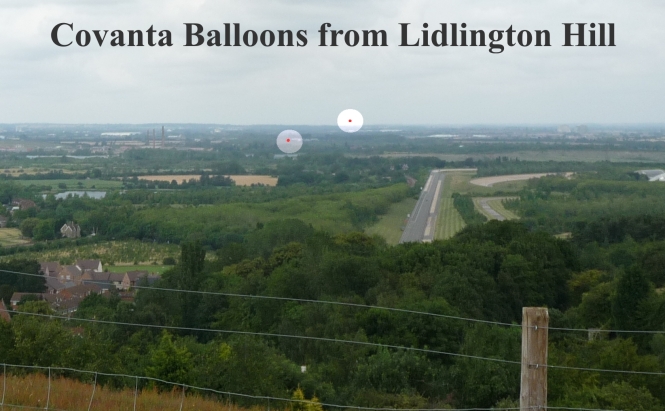 Due to lack of members of the public at this location.  Following the live preamble – we asked the BACI facebook members to choose a number between 1 and 20 and then following – a lot – of shuffling that number position from the top of the pile of unmarked envelopes was chosen and opened to reveal the lucky number.

The first member to respond with a number/position on the BACI facebook group was Sid who picked the 4th envelope/position.

The lucky number in the 4th envelope was number 3 which belonged to James and Dawn.

Unfortunately – once we had reviewed back the live videos – there was a technical issue on the last video where the picture was lost – but it appears the audio track managed to keep going.  Apologies for the lack of picture for part of the video.